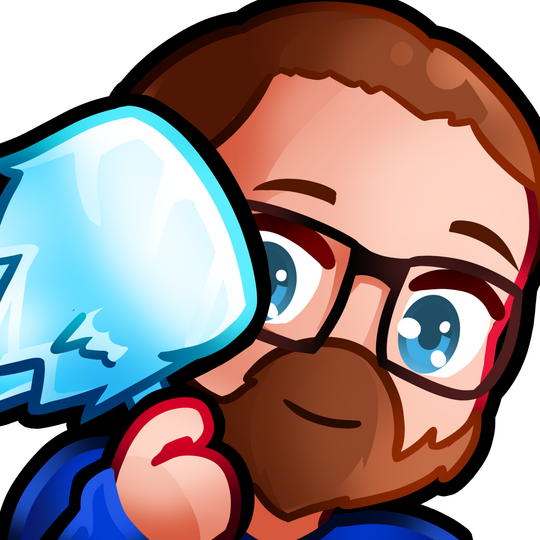 Sery_Bot was created a few years ago as my own personal stream bot and a bot for friends to use to help in their streams. In August 2021, hate raids on Twitch were picking up more and more, and I wanted to do something to help.

Since I already had a bot thrown together, I added basic hate raid protection that could be triggered manually.

This wasn't good enough for me. I wanted the bot to stop hate raids as they were happening, without any user intervention, without blocking real or wanted raids. I came up with an algorithm that would detect hate raids in real time, and issue bans to the accounts in question. This protection is available as long as the bot is modded and shows up in your channel list.

Next up, follow bots. These are Twitch accounts that spam a streamer with follows (and sometimes unfollows). There's no purpose to this other than to cause alert spam, spikes in anxiety, unnecessary panic, and extra work for mods and the streamer to clean up. I added a way to detect follows from an ongoing list of known bots, and ban/block them.

There are other fun and useful commands in the bot meant to help streamers out.

Add/Remove the bot from your channel

How to turn off channel protections

These are mod-only commands used as tools to aid in your stream.

These are just fun/goofy commands that entertain your viewers.

What if multiple people get hit with hate raids at the same time?
See the problem here? If two or more streamers get hit at the same time, they both get queued up and processed in 100 ban increments. Not great.
____________

What other issues are you running into?
The bot is able to join 20 streams every 10 seconds. I'm up to 25,000+ streams signed up for Sery_Bot and growing. If I joined every single stream, it would take the bot nearly THREE AND A HALF HOURS. And that's assuming there are no crashes, no hiccups, no interruptions, no delays. Because of this, I am only able to join live channels.

What's the fix?
Twitch needs to verify Sery_Bot. This lets the bot issue up to 7500 messages/commands every 30 seconds.
With !streameraccount (see commands), you are giving me permission to ban using your streamer account, meaning I can ban up to 100 accounts separately than using Sery_Bot's allotment of 100 messages above.
____________

How does that happen?
Twitch provides a form to request verified bot access. If they approve it, the bot is now verified.
____________

Is that the same thing as Partner?
No, this is separate from a Partner badge.

I want to know more about Sery
I've been a mod for several channels on Twitch for over 4 years. As a mod, I've seen maaaaaaany things over the years. No, it was not your cousin's friend's sister that typed that message into chat that got you banned. No, you aren't over 13 if you're mentioning what elementary school you go to during the day. You aren't fooling the mods.

Is this bot trusted?
I can't answer that for you. I am biased and will tell you yes, I trust it. I encourage everyone adding ANY bot to their channel to do their own research on it and see if it has value to your channel.

What I can tell you is that this bot has been in service to 80 streamers over three years, before the hate raid problems started to become a global issue in August 2021. Since then, the number of streams has grown to over 50,000.

If you want to find success stories about using Sery_Bot, I encourage you to search for Sery_Bot posts on Twitter, where hundreds of streamers have provided feedback and screenshots of Sery_Bot in action.
____________

Does this bot ban my loyal viewers?
Generally, no. The hate raid algorithm used by the bot detects hate raids.

However, I nor the bot are perfect and there's always a chance this can happen. If it does, unban the user and you're good to go. If you run into further issues with a user, get in contact with me.

Early on, the bot used a list of names from various sources to detect hate raids, which while successful at the time, did result in false-positive bans. Protections were put into place to mitigate false-positive bans, but lists are only as reliable as the sources they come from. If a streamer submitted a list and did not validate their data, they can and have submitted false-positive names to these lists.
____________

The bot didn't ban XYZ
The bot isn't perfect. I'm doing my best with what I have. Maybe you didn't turn on !followban. Maybe the bot was restarting, maybe a hiccup happened over the interwebs and I didn't catch a follow or a message. Maybe Twitch didn't send me an alert. Maybe the "bot" isn't actually a bot, or on my bot list. Could be several things.
____________

The bot didn't join my channel
Make sure you authorized with Sery_Bot. Type !join in Sery_Bot's chat to check this. If you haven't authorized, you'll get a prompt to do so. Also, if you unmod the bot, it will stop joining your channel.
____________

Is the bot open source?
No, it is not. It's something I'd like to do, but my priority remains on protecting streamers at this time. If you're interested in writing your own bot, I recommend the Twurple Node.js library.
____________

Does this bot clean up my follower list from accounts that have already followed?
No, use CommanderRoot's tools for that.
____________

Can I mass ban/block this list of accounts I have obtained elsewhere?
No, this is costly for my bot to do so. Use CommanderRoot's tools for that.
____________

Should I ban or block accounts?

Other Tools and Resources

Hate Raid Response
A frequently updated resource that contains many tools, bots, tips, tricks, among many other things to keep you and your stream safe!

The Twitch Safety Check
Also in active development by @modest_mishmash, a single button click can easily check the settings of your channel, and will make recommendations of changes you can make to ensure your safety.

Cone of Safety
Using a heuristics approach, Cone of Safety attempts to collect data about opted-in channels to identify patterns and provide countermeasures to streamers in case of anomalies (such as hate raids).

Twitch Tools by CommanderRoot
CommanderRoot provides several streamer tools, with their follower remover and blocklist manager amongst the most popular tools offered.